The excitement was palpable in the air as no less than 53 intrepid downhill mountain bikers participating in the 14th Annual Dirt Diggler race this past Saturday collected their thoughts, knocked the mud off their front stud tires, and checked their brakes and gears. 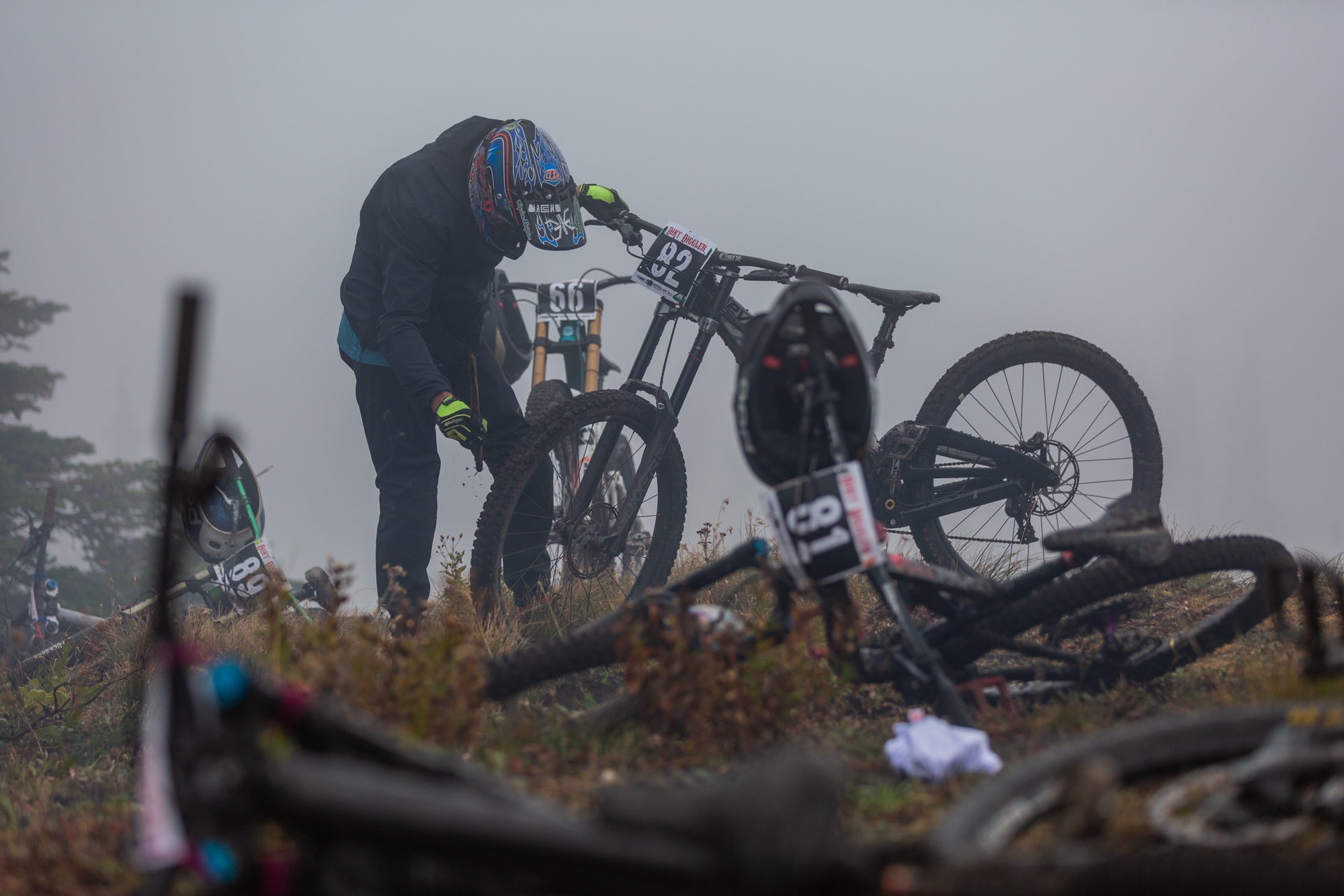 -Muddy and low visibilty at the Dirt Diggler start-

Prior to the first rider followed by the others every two minutes, each and every participant took a moment to peer over the 3-metre vertical drop to study the ruts, rocks and ridges and come up with the best plan to avoid a spill right at the beginning of the race in front of their competitors and friends. 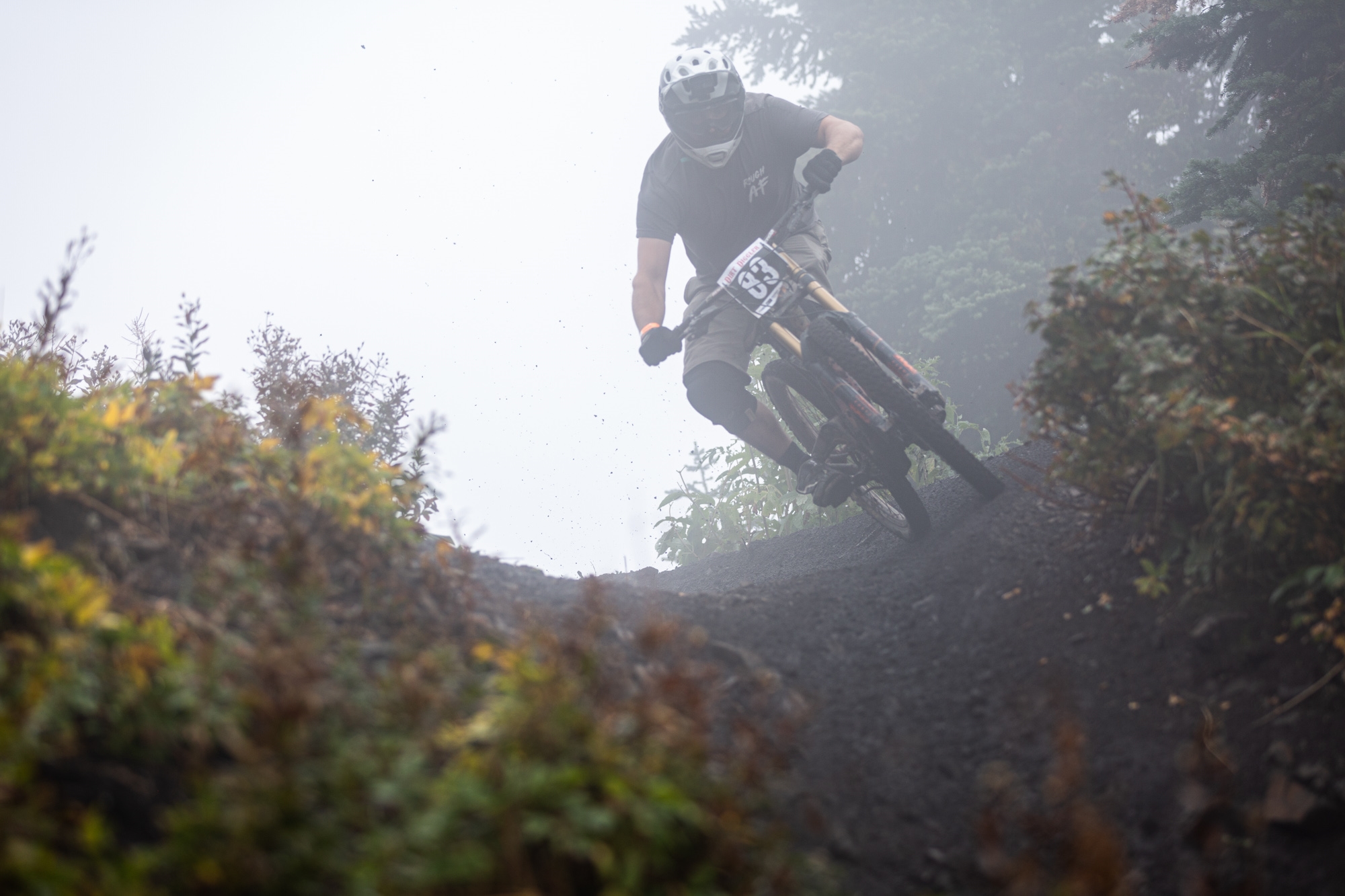 -Lee Adams coming out of the mist-

Within 20 metres after that initial hairy drop comes an immediate 90-degree turn to the right. Some dropped off from a standing start while others elected to take a run at it from 30 metres up the slope. The more experienced riders clearly wanted nothing less than first place on the podium, some would be content with a top fifteen finish, while others merely wanted to get down the 1,000-metre vertical drop as fast as they could without breaking a bone or gashing their body. A fair concern too, with heavy rain drenching the 5-kilometre track the night before and a dense mountaintop mist obscuring the view beyond 50 metres. 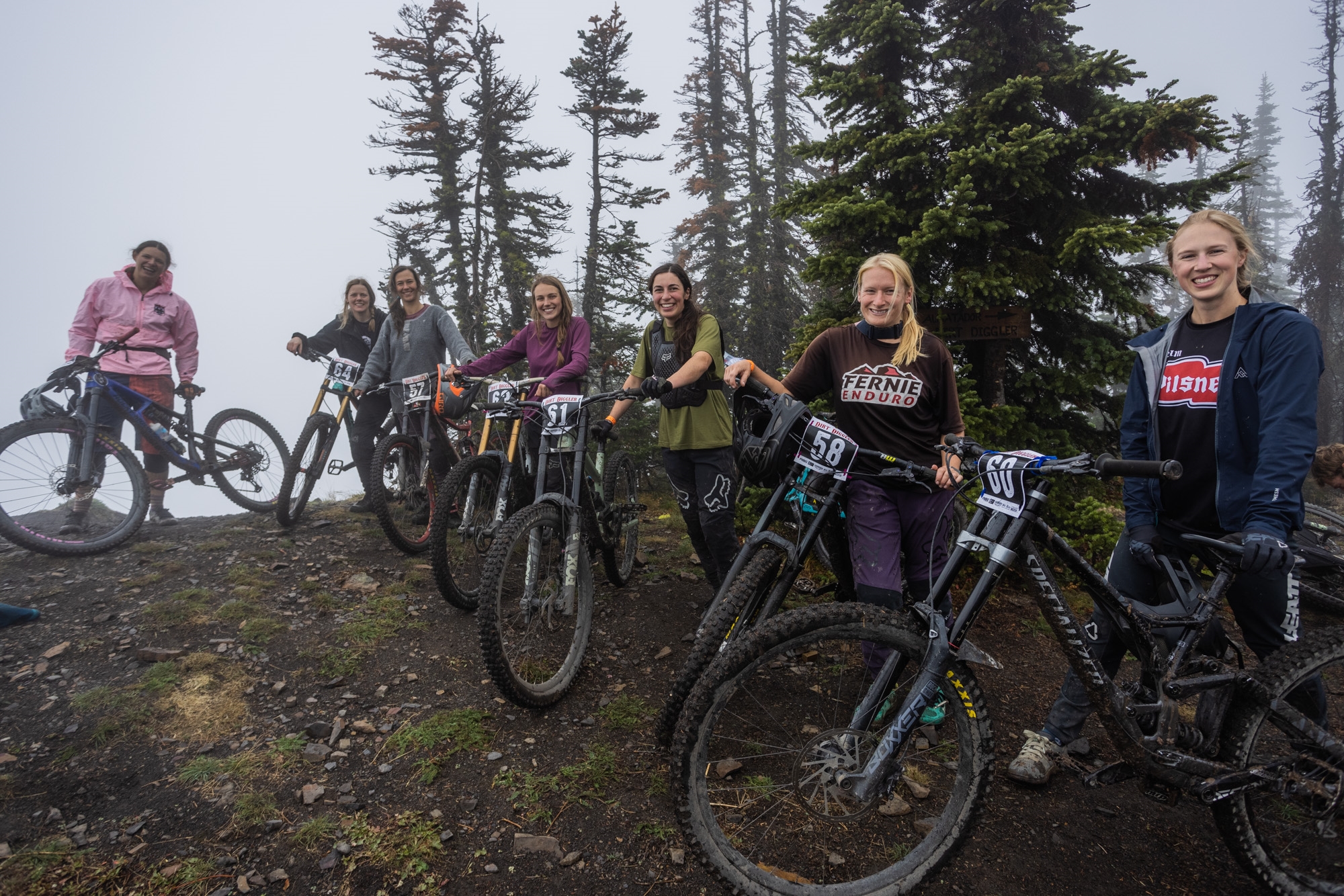 Notable this year was a record number of seven female riders, a fourteen-year-old lad named Isaac Hulme, and two Diggler three-peat winners, Luke Nelson and Ross Roseingrave each wanting to be the GOAT in this classic event. But while many wanted to win the race, it was incredible to witness the camaraderie and well-wishes among these young enthusiastic mountain bikers. They were actually cheering for one another! 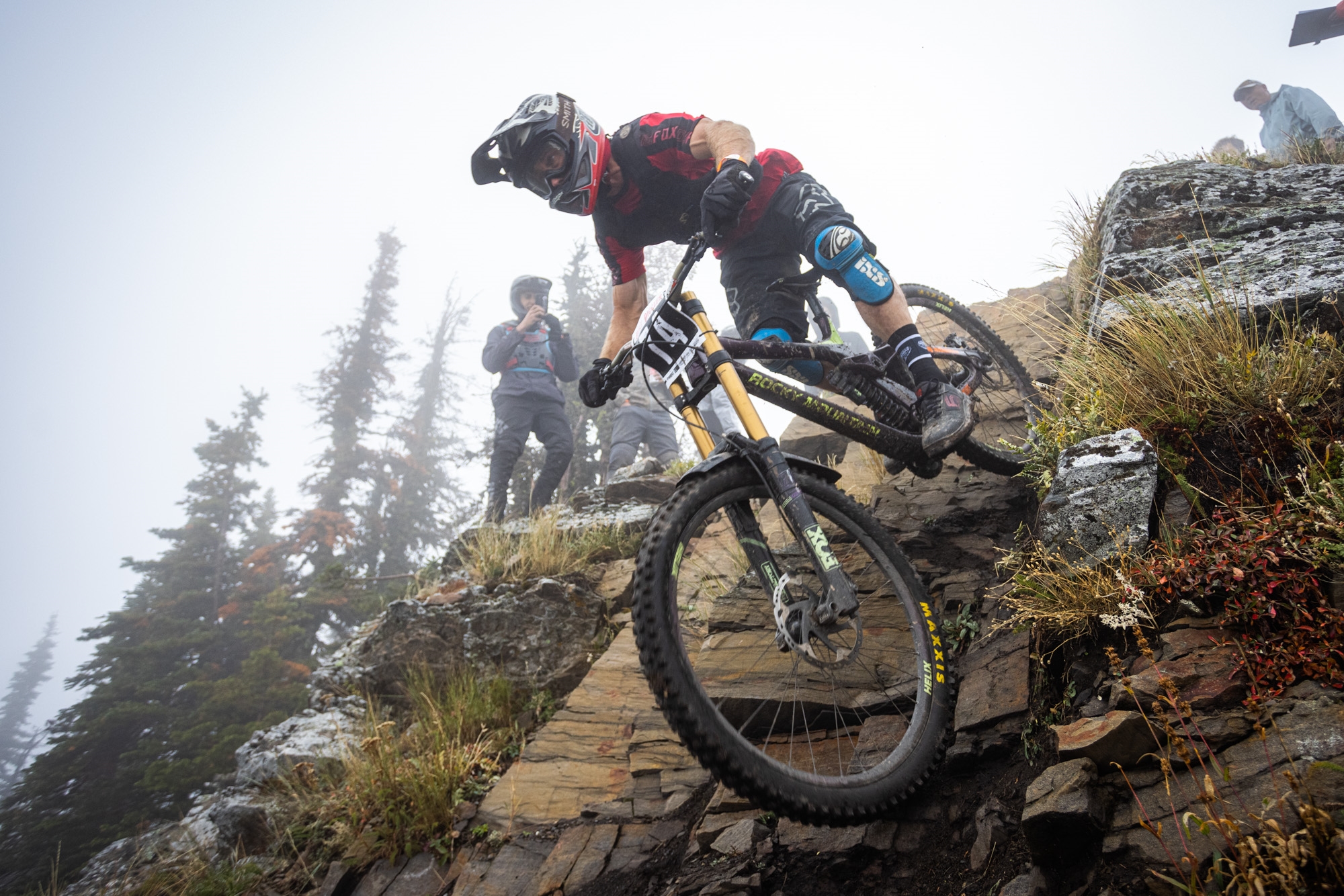 The annual Dirt Diggler DH Fall Classic was founded by Derek Bird, originally from Montreal but now living in Fernie for twenty or so years. While snowboarding originally attracted him to the ski town, he now lives and breathes mountain biking. It then took two years of driving rough and dangerous logging roads in the mountains overlooking Fernie before Bird settled on a start at the Microwave tower on Morrissey Ridge. 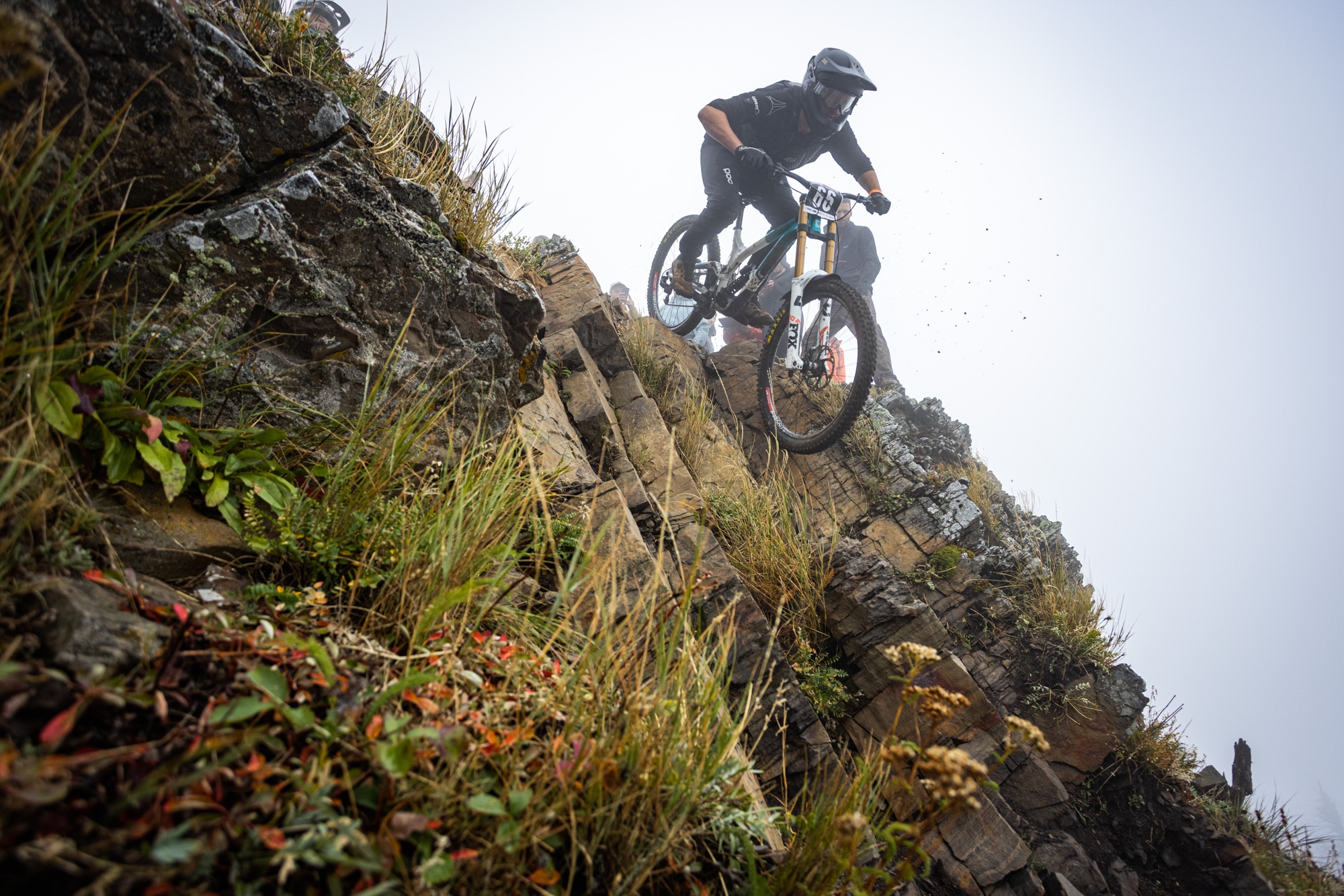 That was the easy part. Then came hours upon hours of clearing trees and saplings and rocks below the already existing Matador track on various game trails to dig out a competitive track. He’ll be the first to tell you that he did not do it alone. It took a small army of like-minded volunteers to make Diggler what it is today. Remy Metailler, a professional mountain biker who shoots YouTube videos for a living, recently rode the track and exclaimed that it is his favourite trail thus far.

Six years ago, Bird met the love of his life, Lynn Henderson, who took the event to a whole new level with her smarts, hard-working attitude, and an amazing organizational ability. It was no small feat to set up this year’s event because of Covid; the race was not held in September of 2020. 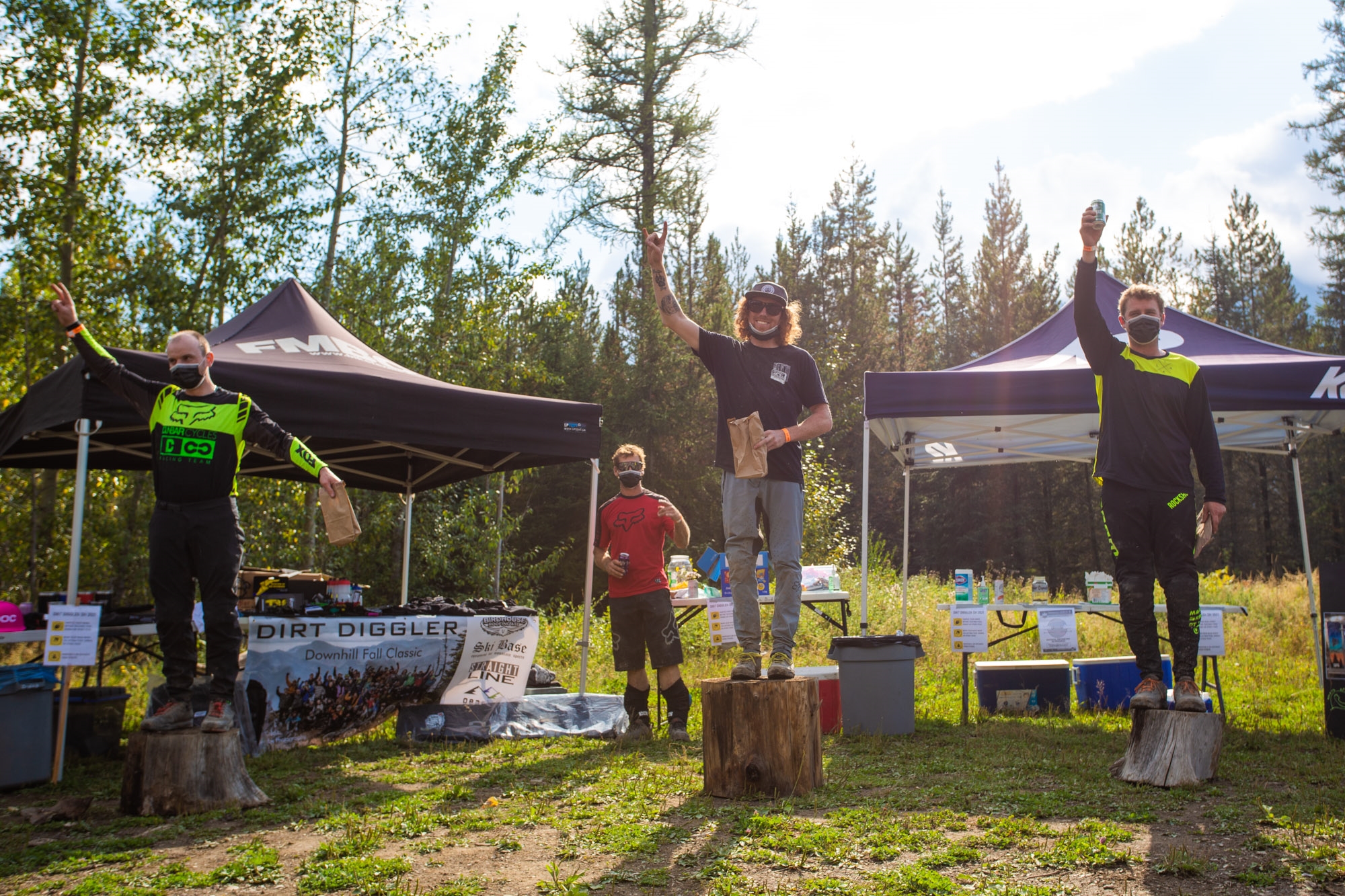 So, who took home the honours this year? Aidan Jones hit the River Road finish line to take first place with a scorching 9:16.4 time. And that’s minutes, folks. 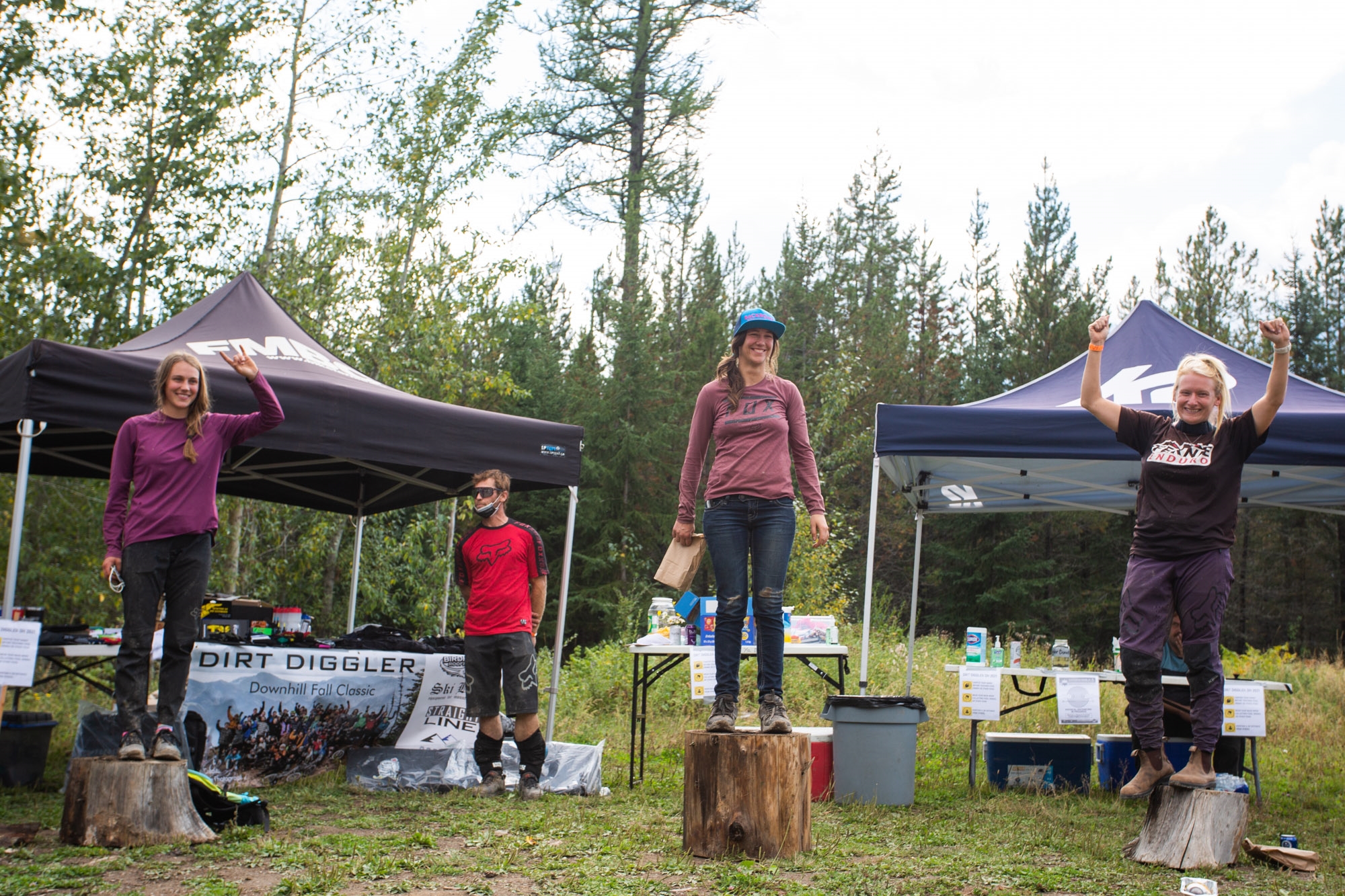 The top woman was Chandrima Lavoie of Nelson, BC with an overall 31st placing and a time of 11:46.2. 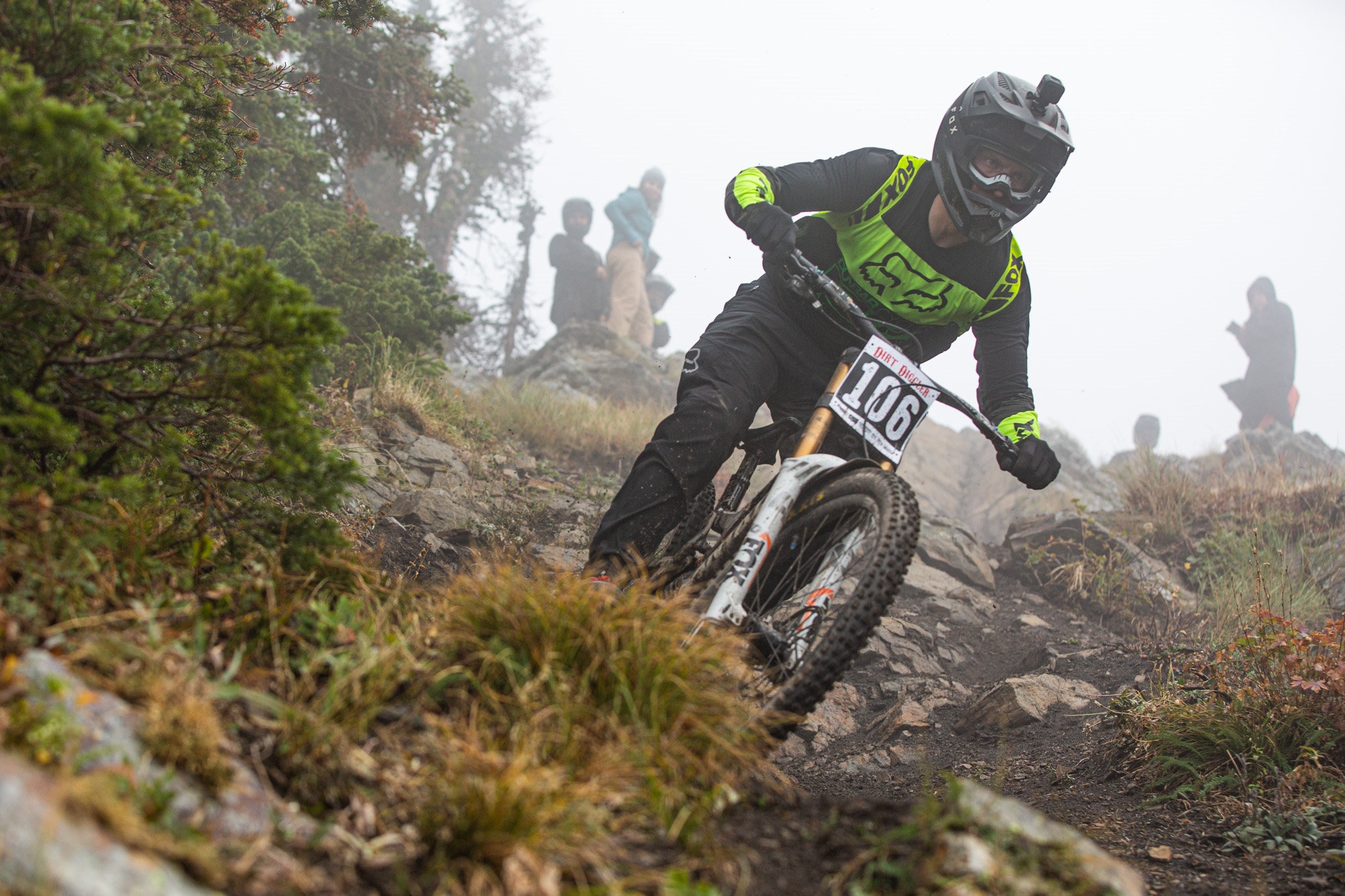 Coming second, third and fourth overall were Cody MacArthur, Kristopher McMechan, and the three-peater Luke Nelson. The youngster, Isaac Hulme, came in an astounding 35th with a time of 12:14.8 --- definitely a star in the making! 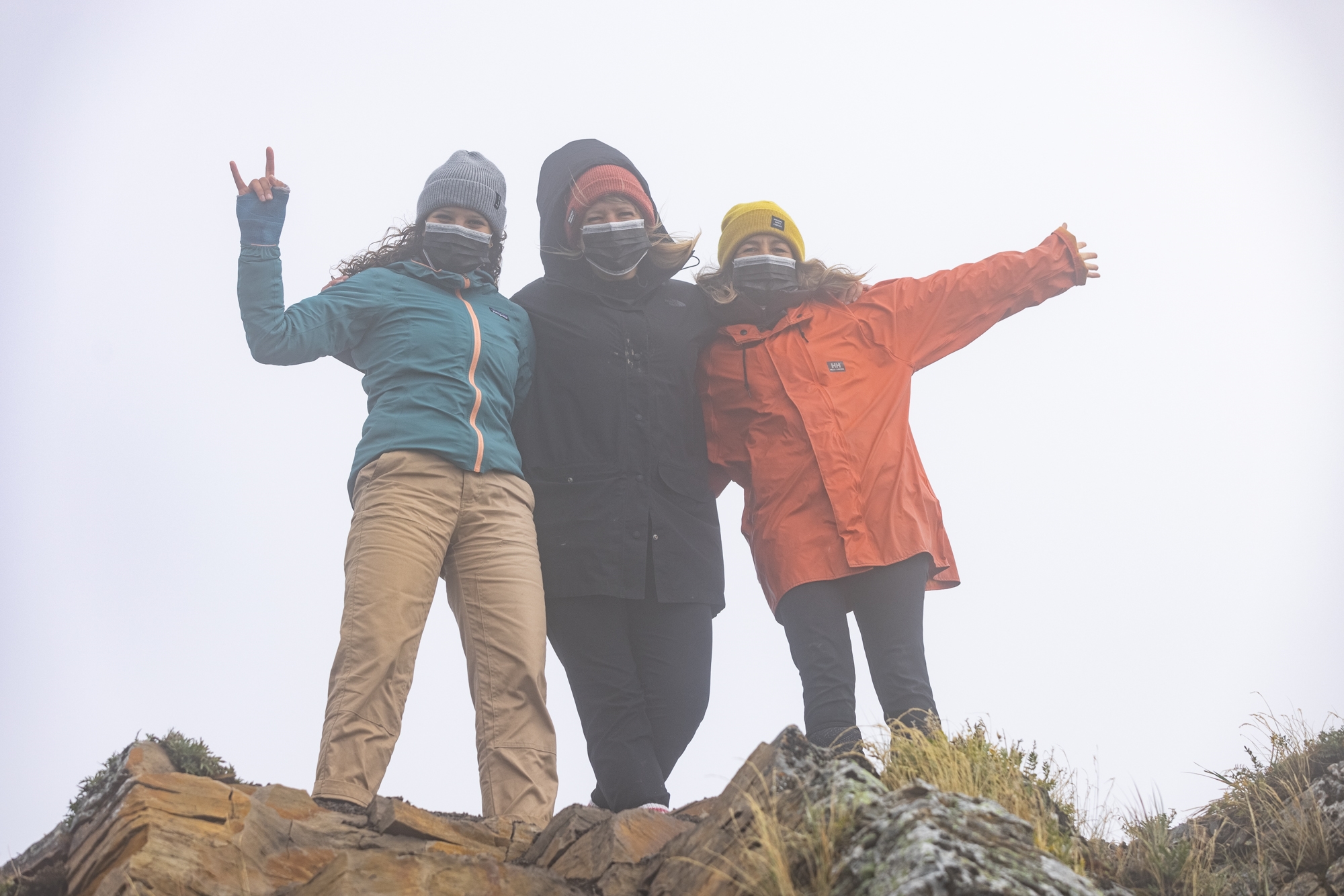 Bird and Henderson did not organize the event alone; they were joined by about 15 keen volunteers. Each racer paid a $60 registration fee, but it would not be an annual success without the many prizes donated generously by Fernie businesses. They also acknowledge the Fernie Mountain Bike Club for sanctioning the event.  While it would be easy to take this event to an even higher level with professional sponsors and perhaps donating the proceeds to a worthy cause, Bird and Henderson are content at leaving it as a purely grassroots happening. 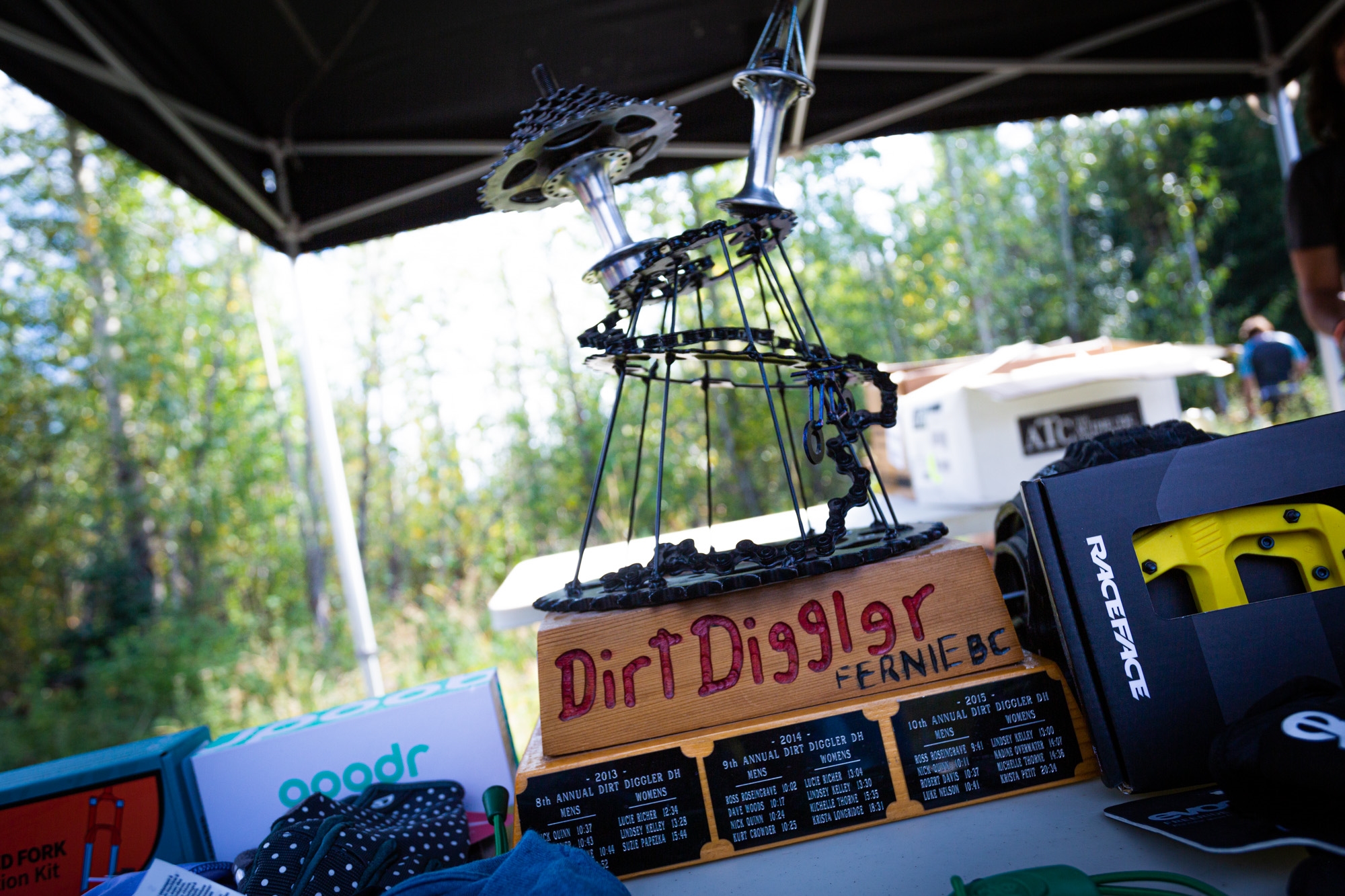 Regardless, the town of Fernie should be very proud to host the Dirt Diggler race annually; it certainly does add a lot of depth and colour to an already great place to live and play! And there will be a 15th race next year, vows Bird.