In a perfect world, an artist has just the right amount of space, clarity, and a dozen other things necessary for internal ideas to become finished creations. It’s not a perfect world though, so when two russet-haired multi-disciplined artists find each other from distant corners of BC and come together to build a life, raise a family, and make beautiful music, it’s clear something quite special has happened.

Mike and Anie Hepher met as guests at a mutual friend’s wedding in Gibsons on the BC Coast where Mike was also performing and needed a harmony for a particular song. Music turned to conversation that went long into the night; fast forward a few months and Mike packed up his VW Van to join Anie in Cranbrook. They speak enthusiastically of being immersed in the music scene there and married in nearby Mayook on a rural property known in the grassroots music scene for intimate musical gatherings. 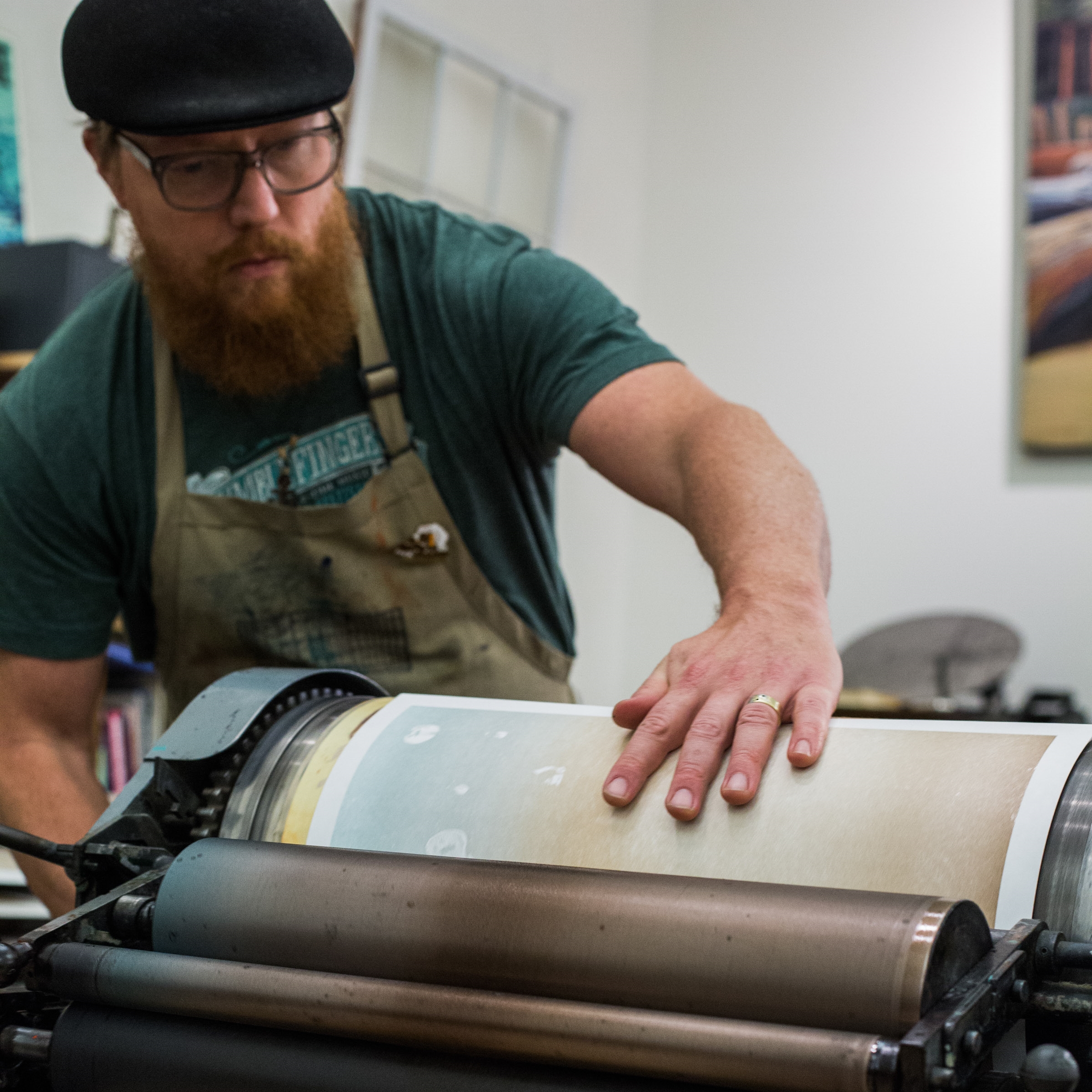 Mike recharged his graphic design education at Driven Media in Cranbrook following a spell as a blacksmith. In 2003, he obtained a printing press with the intention of using it for manual designs – typography wasn’t in the plans at that stage. Inspired to open a business and now with two young children, Finn and Wren, the young family began scouting the Kootenays for a suitable home and workspace. Enter Fernie, and the wood-paneled, steel-gated studio space in the Ghostrider Trading Building. They moved in July 2011 and opened Clawhammer Letterpress, one of Canada’s few traditional printing studios, along with a gallery showcasing local art. 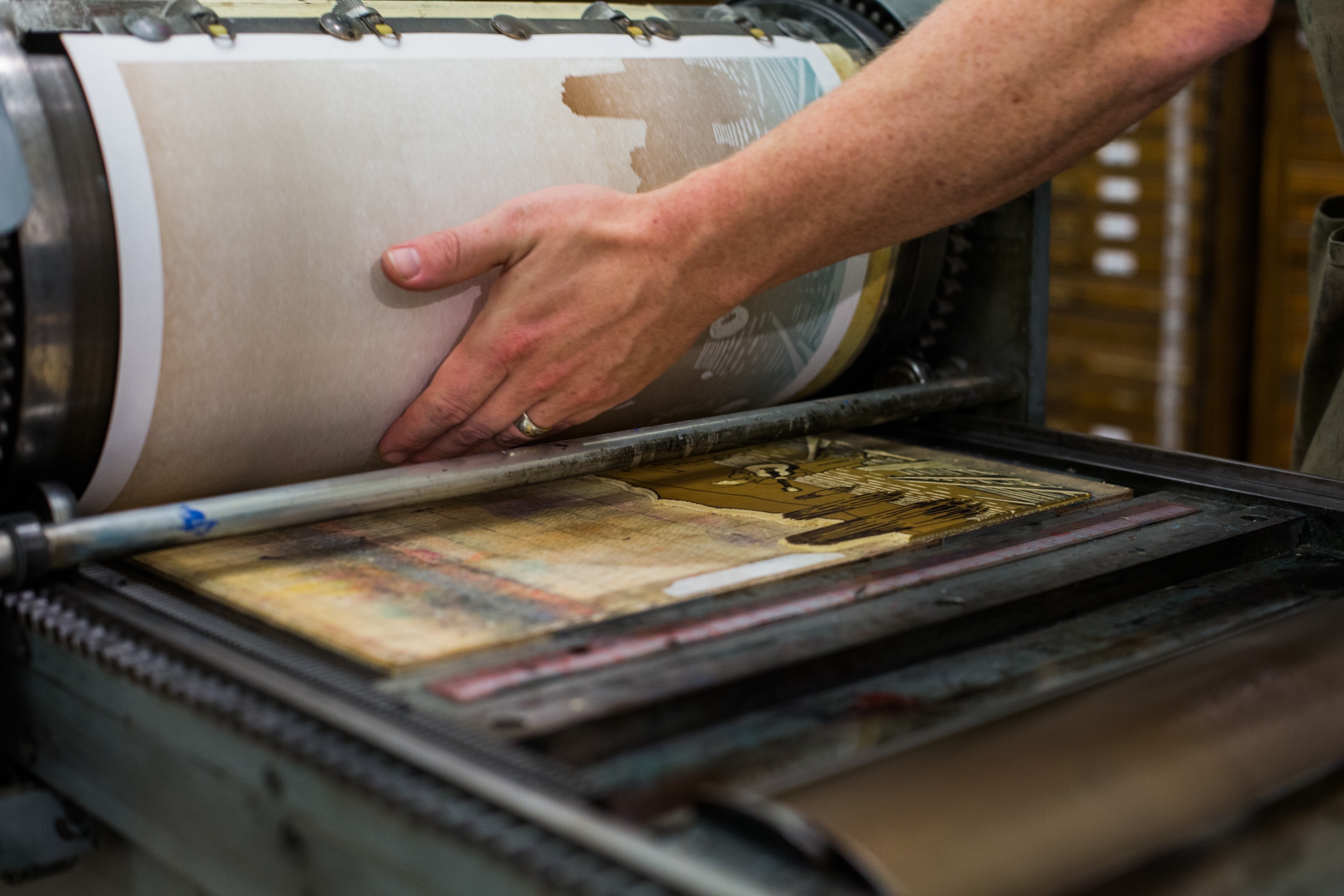 Anie produced a line of eco-friendly hand-sewn articles, and later, started the Fernie Ukelele Orchestra; seeking out an instrument that was easy for others to learn and share. The orchestra was an immediate hit with locals. Anie ran the orchestra from 2011 until 2017, and although she has now released the reins, she continues to offer free ukelele workshops through her position as Community Programmer at the Fernie Heritage Library. 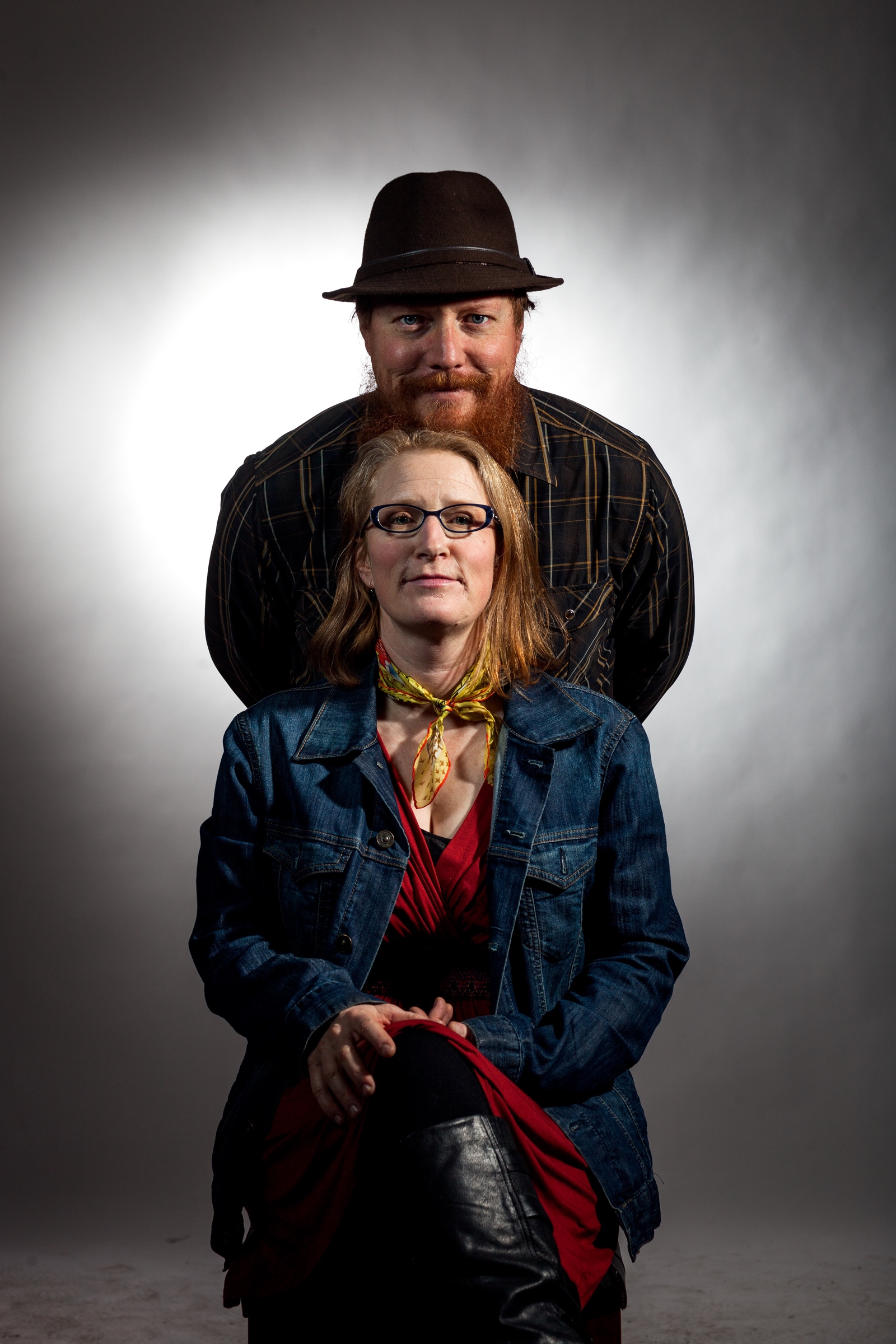 Together, they are Redgirl—a scalable band that is often a duo but can grow to 5 performers—all playing a light shade of bluegrass with a bit of roots showing. The Clawhammer studio provided space for the establishment of The Old Type Music Society, a casual arrangement of live music events, that eventually led to the creation of The Gillbilly Festival, a weekend of bluegrass and fly fishing held each fall. 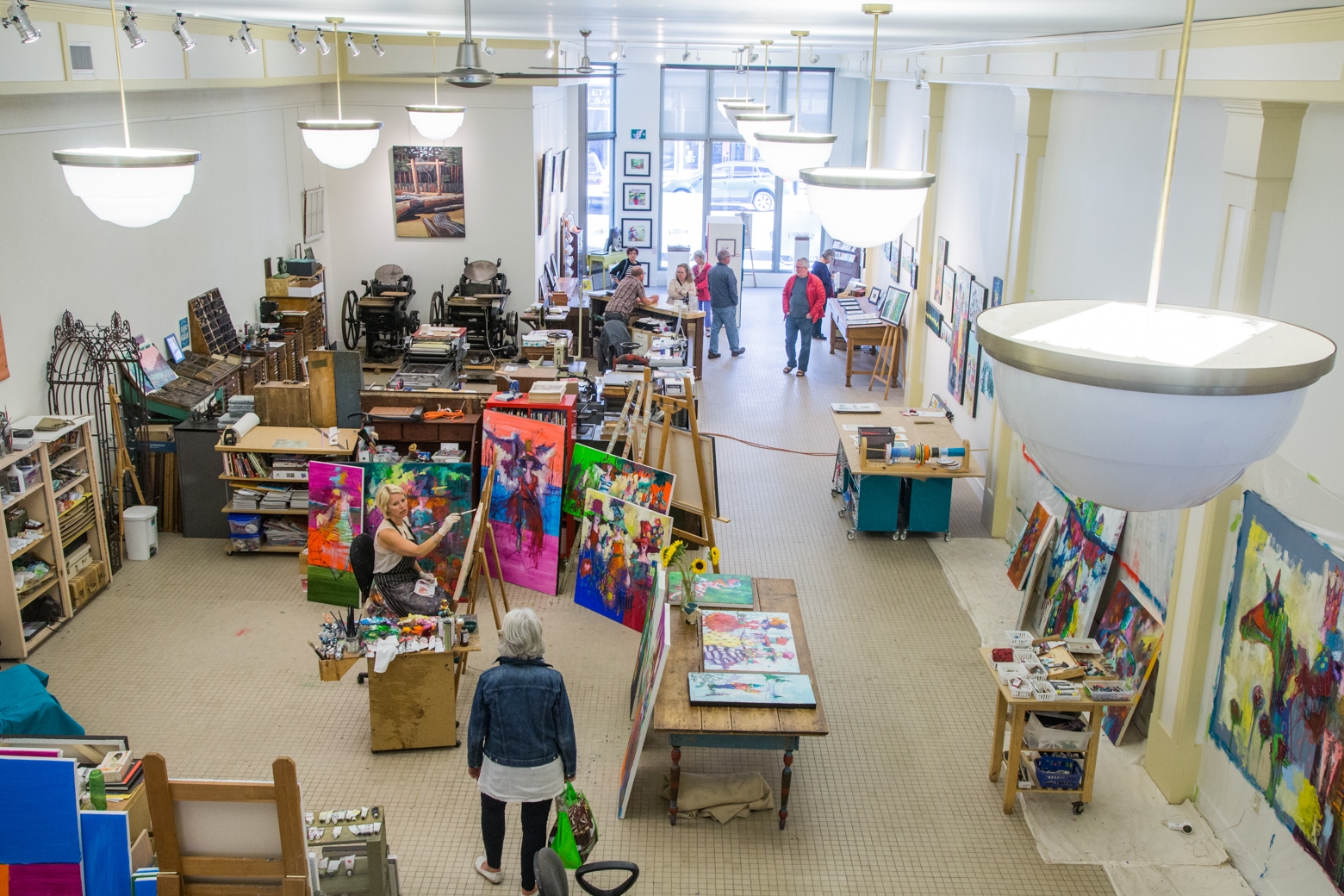 By early 2016, Mike was spending more time managing the store and fielding inquiries than creating art. It was time for a change. An army of volunteers moved thousands of pounds of cast iron printing presses, letter cases, and miscellaneous equipment two blocks down the street to the studio space of painter Angela Morgan in April of that year. Together, the two artists settled on opening two days a week, leaving the rest of their time free to cultivate their craft. 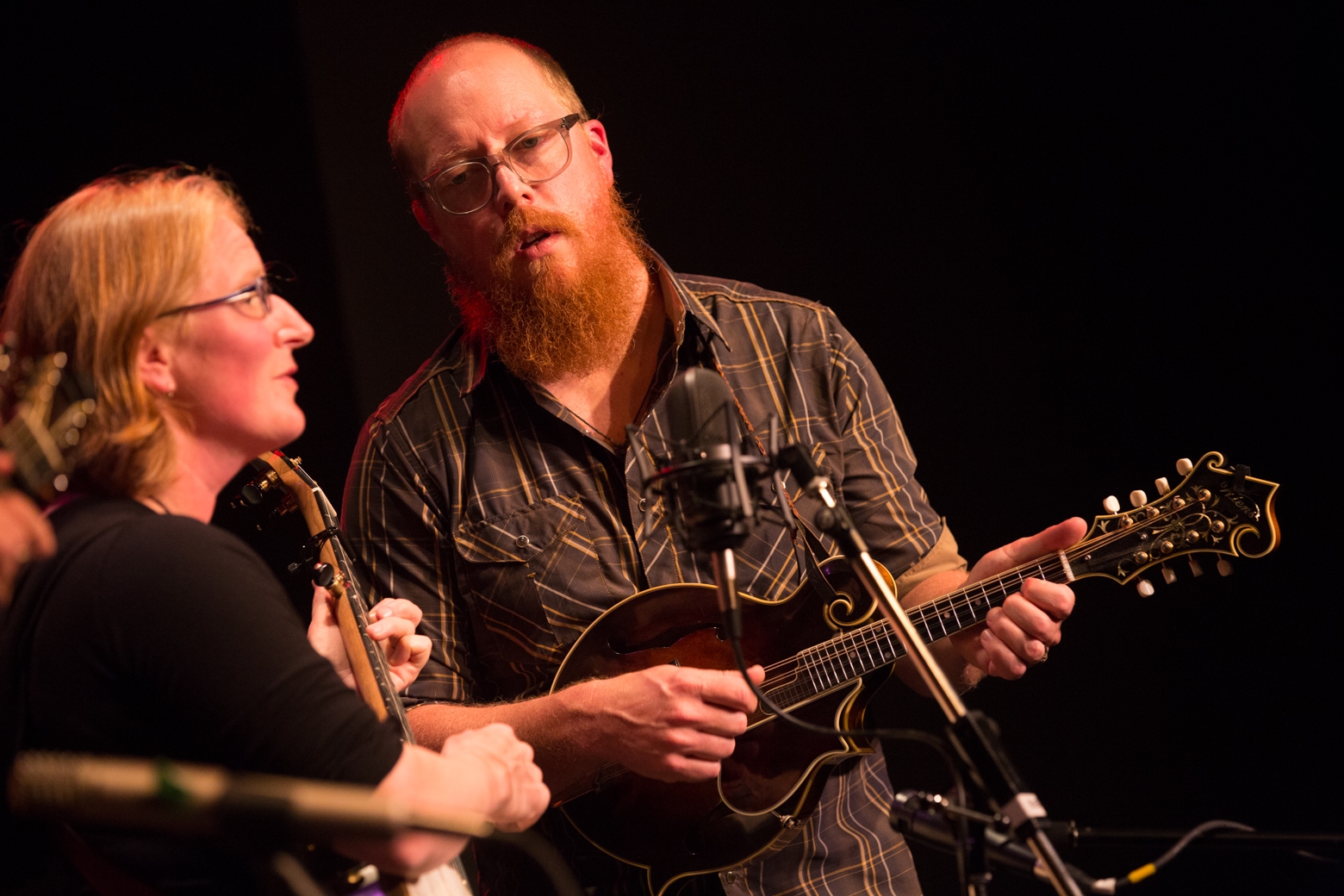 Mike picked up his paintbrushes after a long hiatus and has quickly amassed an impressive body of work. Anie has slowed her pace and is enjoying time by the river, writing poetry, and the parenting sweet spot of raising two kids from tweens to teens. 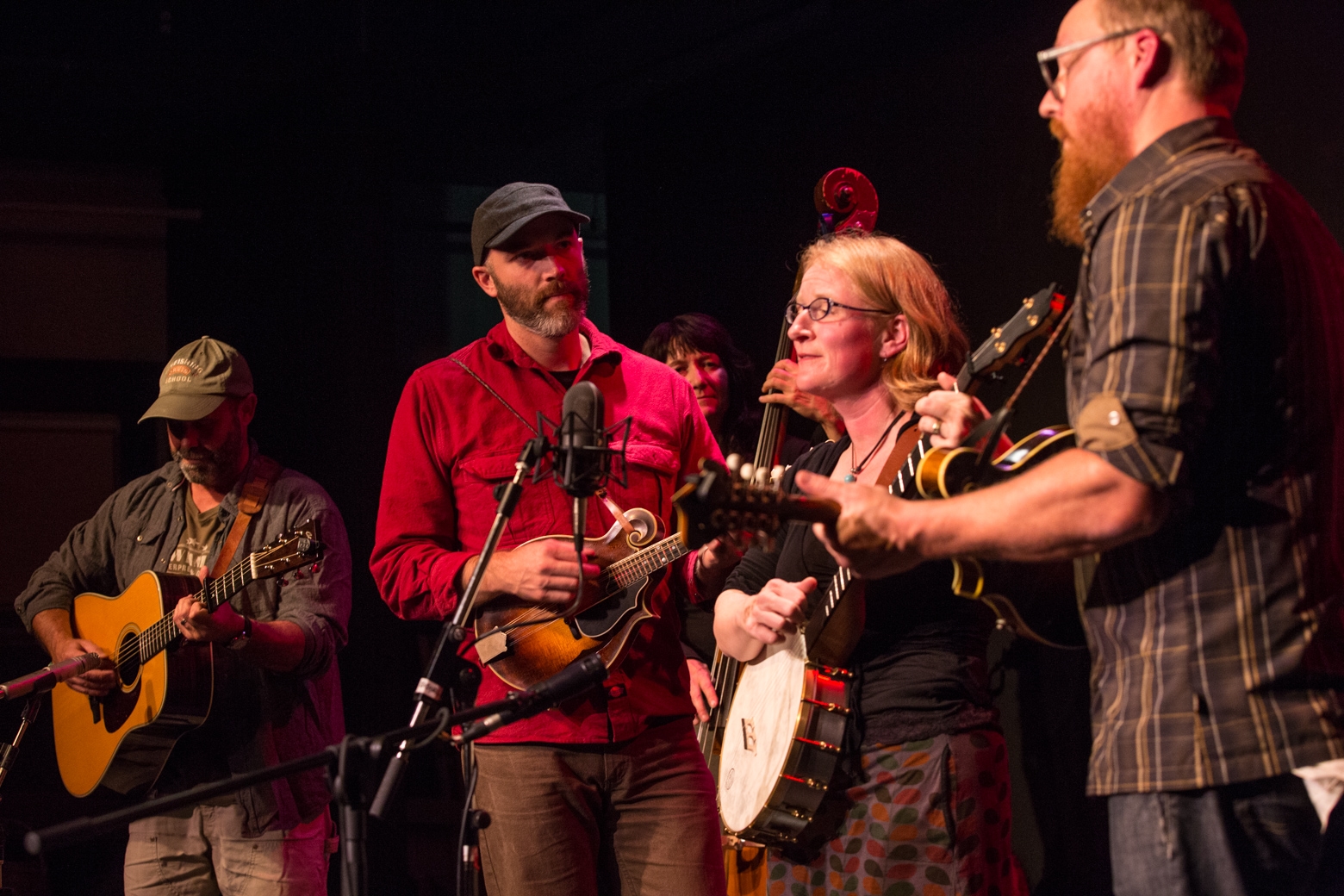 This past summer they spent 7 weeks touring BC’s backroads on a family camping trip. Mike’s artistic interpretation of that trip will be featured in an upcoming gallery show ‘BC Backroads’ at the Fernie Museum in 2018, and perhaps, the echoes will be heard in a future song or two.

Visit Clawhammer Press on Fridays and Saturdays, meet Anie at one of her many Library events or programs, or watch Redgirl performing live – see online calendars for updates.